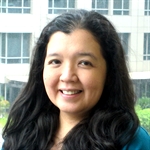 Someone said, “Choose a job you love and you will never have to work a day in your life.” How lucky can I get for finding a job that I love as a Hanaso tutor? Let me count me the ways.

I don’t need to wade through the hideous traffic or horrifying long MRT queues every morning. My way to work is basically from my bed to the bathroom for some quick obligatory preening to the kitchen for brewing a cup of coffee then to the workspace for clicking the standby button.

I don’t need to deal with the humdrum of a monotonous job. My day begins by rolling up my sleeves and once I make that first call, I can never guess what lies ahead. There are days when Student A is in a chatty mood and does most of the talking. Sometimes Student B is busy and he expects me to whip up a very interesting conversation about rocket science, global warming, the stock market plunge and Duterte’s uncouth comments or the electoral college — what on earth is an electoral college? And yet again, pretty teenager Student C catches me off guard with a question concerning her love life and goes, “Teacher, I just told a boy I like him. Is that okay?” So I shift from teacher to love guru… and oh I should not forget to teach her idioms about the dynamics of a relationship – like “Keep your emotions at bay.” There is nothing more powerful than the power of a teachable moment. She will definitely remember that idiom for as long as she lives.

In Hanaso,I learned to be insightful by customizing each lesson. No two lessons are alike. It’s like a snowflake, or a thumb print or a child… and that requires passion and commitment. It  requires heart and soul. And that’s something that made me grow as a person. I found my moxie in Hanaso. I learned to love learning, find the joy of discovering something new, and live out Kaizen—the Japanese way of innovation. And value relationships and omotenashi –a service that is a cut above the rest.4. It’s character-building.In Hanaso, I’ve mastered the art of learning from my mistakes, dusting myself off and standing up again. Indeed, humility is a valuable virtue.