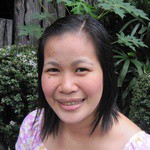 Hi. My name is Lian. I am a stay at home Mom for 11 years and an UNHOOP tutor for five years. When I got married, I decided to quit my job to raise my children. As they were growing older, I decided to find a job that suits my lifestyle. Unhoop opened the opportunity for me to have a career again at the convenience of my own home. It gives me the freedom to work at my most convenient time, giving me the ability to balance time between family and work. The students are so nice too. Through the years, Unhoop never failed to update my teaching skills through intensive trainings. I am truly thankful to belong in this growing family. So, I urge everybody especially stay home moms to try what I have experienced with this company. We hope to see you here.